Recently, many people are asking Google “What is a drone?” The Federal Aviation Administration describes a drone as:

“An unmanned aircraft system (UAS), sometimes called a drone, is an aircraft without a human pilot onboard – instead, the UAS is controlled from an operator on the ground.”

Let’s take a deeper dive into the question of what is a drone. Let’s start by going over the history of drones. After that, we’ll look at what goes into a drone. Then we’ll break down the types of drones available. When we’re done, you’ll know what drones are.

So, what is a drone? When you hear the word “drone”, you probably think of a technologically advanced flying machine, whether it’s a military UAV conducting precision airstrikes in far off locations or a consumer drone buzzing around your neighbor’s backyard. But unmanned aerial vehicles (UAVs) have actually been around since before World War I.

In fact, Austria launched the first drone. It was actually a balloon for remotely triggering bombs, back in 1849. The U.S. started developing remote controlled aircraft in the 1910s. Today, when you ask the question “What is a drone?” the common answer is an unmanned aerial system (UAS) that is capable of autonomous flight, as opposed to a radio controlled (RC) aircraft that is only capable of being controlled by control inputs from the pilot holding the radio transmitter.  This definition holds true whether you are referring to an MQ-1B Predator drone conducting combat operations in Afghanistan or a DJI Phantom series drone flying around your local park.

Drones have become increasingly popular over the last few decades for many reasons. In terms of military operations, using drones cuts out the risk to a pilot’s life that goes along with any manned flight mission and can also reduce the overall number of troops in combat. On the civilian side, drone technology has been advancing rapidly, much like the advancement of cell phone technology, making drones affordable for a wide variety of consumers.

What is a Drone Made Of? 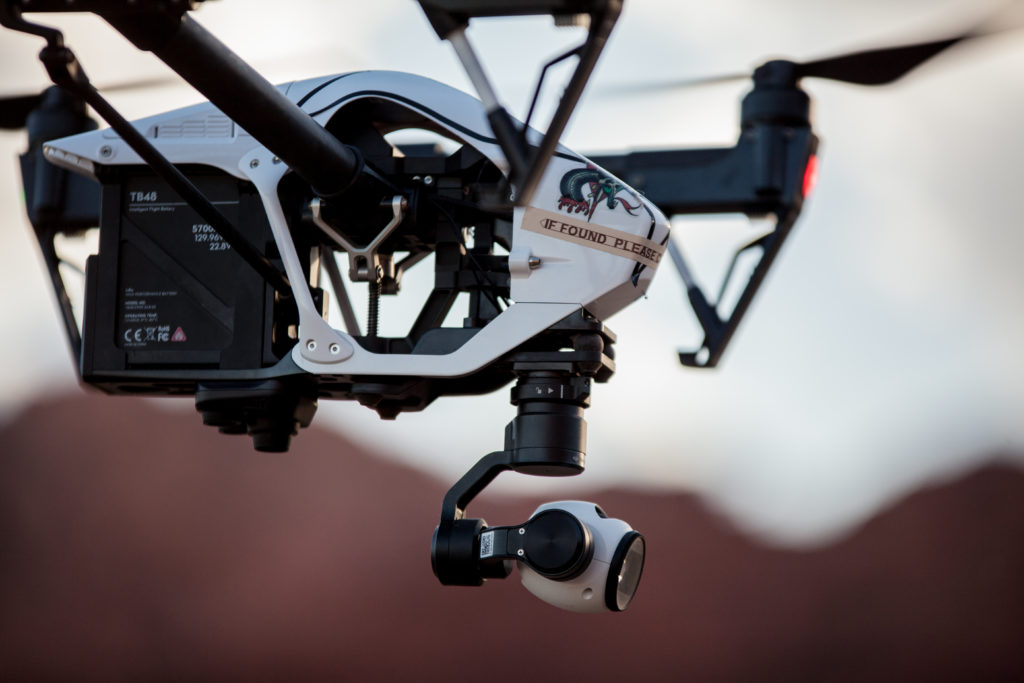 Another way to answer the question “What is a drone?” is to look at the parts of a drone. Actually, since there is more to a drone than just the flying vehicle itself, it may be better to approach this question from a systems point of view and ask, “What is a UAS?” The three basic subsystems of a UAS include the actual vehicle, the payload, and the ground station. These three basic subsystems apply for any type of drone, military or civilian.

The vehicle subsystem could be a fixed wing or a rotary wing platform. Most of the consumer drones that are on the market today are quadcopters, so we’ll focus on answering the “What is a drone?” question for that type of drone.

A basic quadcopter drone platform consists of the airframe and landing gear, a propulsion system consisting of four motors and propellers, a flight control computer, and a navigation system (GPS).

A battery, usually housed in a compartment inside the airframe, typically powers a quadcopter. The most common payload for a consumer level drone is a camera, but the payload could consist of infrared sensors, electro-optical systems, radars, or even cargo. The ground station, or remote control, is the final subsystem of a typical quadcopter. The remote controller allows you to communicate wirelessly with your drone and transmit control inputs.

Military drones have been in the news a lot lately as the U.S. enters the second decade of its drone campaign. Military drones come in all shapes and sizes and perform a variety of missions including intelligence, surveillance, reconnaissance, fire support, precision targeting, search and rescue, and convoy/raid overwatch.

Check out some stats on two of the U.S. military’s current UASs:

Are there any civilian fixed wing drones? Yes! Fixed wing drones have the advantages of higher speeds and longer flight times as compared to the more common multi-rotor drones, but they tend to cost more than your average consumer level drone. Parrot has just released a new, lightweight, 45-inch wing span, fixed wing drone called the Disco. It is in the same price range as some of the higher-end multi-rotor consumer drones. The Disco comes with a first person view (FPV) headset and is designed to fly at speeds of up to 50 mph with a battery life of around 45 minutes. Check out the Drone Girl’s new review of the Parrot Disco for more information.

A popular fixed wing drone primarily used for agriculture, insurance and emergency response, energy and mining, and environmental monitoring is the PrecisionHawk Lancaster. The Lancaster 5 weighs a little over 5 lbs and has a wingspan of nearly 5 ft. It can fly at speeds of nearly 50 mph with a battery life of approximately 45 minutes. The Lancaster 5 is equipped with field-swappable, plug-n-play sensors, such as a camera, thermal infrared sensors, multi-spectral and hyper-spectral sensors. It has LIDAR, allowing users to perform a wide variety of mapping and surveying applications.

Quadcopter drones come in a variety of sizes and price ranges. Some, like this Cheerson CX-10, are even small enough to fit in the palm of your hand! DJI is one of the most popular brands of quadcopters. They offer both consumer and professional quadcopter camera drones. You may be familiar with DJI’s Phantom and Inspire series of drones. (DARTdrones offers a full day Phantom and Inspire training course) DJI has also recently released a compact, foldable drone called the Mavic that combines an obstacle detection system, precision hover capability, 27 minute flight time, 4K video, and a 12 megapixel camera in a package that is approximately 1/6th the size of the Phantom series drones! The DJI Mavic can easily fit into most backpacks and even a medium sized purse!

The Yamaha RMAX, a remotely piloted helicopter designed for precision aerial spraying of crops, is an example of a commercial drone . The two-bladed, gasoline-powered RMAX has operated in Japan for nearly 20 years but only recently gained approval to operate in the U.S. Here’s a video of the RMAX in action conducting precision agriculture for a Napa Valley vineyard.

The Altavian Nova F7200 is another example of a commercial grade drone. The fully autonomous, fixed wing drone, is designed for large-scale agricultural data collection. It has a 90-minute flight time, and it can even land on water!

What is a drone able to do for my business?

So, what is a drone good for? It’s also important to understand drones how drones are used. Aerial photography is one of the most common applications for drones in the civilian market. For example, real estate agents can use aerial drone photography to show potential buyers unique details such as aerial views of the entire house and property, as well proximity to amenities.

Agricultural drones survey crops and provide farmers with a cost-effective way to monitor crop health and quickly identify problems. Construction companies use drones to track site progress. They conduct site surveys and 3D models, inspect bridges or structures, and provide customers with aerial views of their project. This is why so many people are interested in starting a drone business.

The possibilities for commercial drone use are seemingly endless, and the worldwide drone market is expected to grow to nearly seven billion dollars by the year 2020. In other words, what is a drone used for? Just about anything.

Becky Hagner is one of DARTdrones’ many expert pilots. She earned certification as a commercial helicopter and fixed wing pilot. She wrote this post about What is a drone?